Top 12 Most Controversial Comments Submitted by Our Members


International School Community is full of thousands of useful, informative comments…14691 comments (25 Oct. 2015) to be exact. Members are recommended to keep their comments objective on our website, and sometimes they need to share how it really is working at their international school.

We scoured our database of comments, and we found 12 that stood out to us as being some of the most controversial.

12. In general, why are people staying at or leaving this school?
The management is largely ineffective and there is no clear goal for the school overall. There are no lines of communication between administrators and teachers, and not even within departments at the same school. There is very much of an “every man for himself” attitude. The pay is good enough to make some people stay for a while because of that. – Cambridge International School (Cambridge, United Kingdom) – 9 Comments

11. Health insurance and medical benefits. Describe your experiences using these benefits and going to the local hospitals.
“Most of the third tier International Schools (which PAIS is one of) will just pay the bare minimum legal requirement, as a box-ticking exercise to be able to say their teachers are covered. In reality the insurance is little more than a joke, teachers have shared anecdotes of actually getting laughed at when showing their card at a hospital. This is endemic across many, many schools here. With that said, PAIS’s teacher insurance program is not the absolute lowest, there are worse ones, but not by far.” – Pan Asia International School (Bangkok, Thailand) – 16 Comments

10. Pension plan details.
“There is something not at all right about the pension plan. No one understands it. Very little information is given. No other international schools in Germany use this dodgy system. The director used to be a banker and so he knows how to manipulate the system I guess. It’s a very insecure feeling.” – Metropolitan School Frankfurt (Frankfurt, Germany) – 36 Comments

9. Average amount of money that is left to be saved.
“Hong Kong is no longer the “Golden Goose”, with rent increases and the peg to the US eating away much of the previous savings potential. I worked at the Hong Kong YCIS when the accommodation packages were being negotiated with staff. Previously, the school provided small and basic accommodation but it was conveniently located (Wanchai, Sai Kung, Tai Po). They warned expats at the time about going to cash allowances, since the rents at the time were at a very low point (1999). Now they have almost tripled, and the cash allowance won’t even cover half the cost of the same flats the school used to provide.. Careful what you wish for, I guess.” – Yew Chung International School (Hong Kong) (Hong Kong, China) – 17 Comments

8. Details about the staff housing or the housing allowance.  If there is no housing allowance, how much are rent costs and utilities?
“Housing is a contentious issue. Most housing is either at elementary campus (older apartments, flood-prone), Twiga Apartments near the secondary (nice new apartments, but with a high population density and a LOT of children), Regents Estate (older apartments a bit of a way from both campuses. Used to be nice, but need better maintenance). There is a new building going up at elementary campus, consisting of fairly small 2 bedroom apartments. The school has committed to investing quite a bit of money to improve the older elementary housing and bring it up to standards and flood proof them. However, options are still limited and especially new teachers end up “at the bottom of the barrel”. Dar es Salaam in general has notoriously high rental prices.” – International School of Tanganyika (Dar es Salaam, Tanzania) – 141 Comments

7. Average monthly salary after taxes and in what currency (explain taxation situation). How often do you get paid throughout the year?
“There is no tax in the UAE so what you earn is yours. It is VERY expensive to enjoy the UAE however, so don’t get too excited about a salary which would be attractive in your own country’s equivalent money. The school pays you each month, but it is often paid late (could be up to a week late!) and there’s nothing you can do about it. The UAE law states that ALL teachers should be paid a minimum of 12,000 dirhams, however Wesgreen pays most teachers way less than this and instead pay the fine to the ministry of labour (which is considerably less than paying staff members the correct wage!). Take my advice and DO NOT ACCEPT LESS THAN 10,000 DIRHAMS! The school will try to pay you as least as they can and you will be upset when you speak to another teacher in the same department doing exactly the same job earning 2 or 3 thousand more dirhams than you! This happens a lot! Men seem to get paid more than the female staff (doing exactly the same job) and passport holders of certain countries seem to get paid more than other also. Even if you think you will be fine earning 8 or 9 thousand, wait until you see the price of a decent food shop, or a normal meal out or a few drinks in a bar etc. etc. it is VERY expensive to enjoy Dubai!!!” – Wesgreen International Private School (Sharjah, United Arab Emirates) – 23 Comments

6. Are the expectations high of teaching staff? Are there extra curricular responsibilities? Describe workload details.
“The workload on paper looks amazing…but the lack of organization, the reactive nature, covering classes as a substitute, poor communication, confusing expectations all tend to destroy ones ability to focus on what’s best for the kids like planning and implementing really great lessons k-12.” – Seisen International School (Tokyo, Japan) – 51 Comments 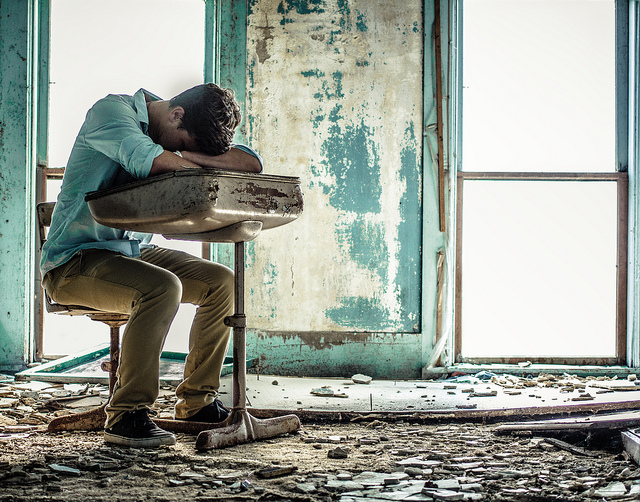 5. What does the school do to create a harmonious state of well-being and high morale amongst its staff?
“Note: About the male principal–he was sleeping on the job!! While the rest of us teachers were putting in over 40 hrs a week–he would sleep every afternoon. He deserved to be fired! When he and the Head teacher would come into our classrooms to visit–they would yell at us in front of the students–very de-moralizing! I’m so glad those people don’t work at our school anymore! AND–the students and parents were happier after they were fired!!  The female principal took too many “free days” and her husband who was teaching French, had failed to do a good job. They left after a professional French teacher from the University of Tirana came and did an assessment of the student’s learning abilities. The students had ALL failed the test!” – Albanian International School (Tirana, Albania) – 19 Comments

4. What insider information would you give to a teacher considering working at this school?
“Do not join this school if you are expecting to be treated professionally by the upper management (above principal level) Feedback from the Director responsible for Quality Control is non-existent. Do not believe anything you are told as it can bechanged at the last moment on a whim.” – United Private Schools (Muscat, Oman) – 7 Comments

3. What controversies have been happening lately? Please be objective.
“An endless list of controversies. All teachers on different pay scales and contracts (causing division amongst staff). A Managing Director who tried to cut staff holidays and pay, and then allegedly assaulted a staff member. The introduction of teaching some subjects in German, causing teachers to feel demotivated and concerned about their jobs, as well as a great deal of parent dissatisfaction” – Berlin British School (Berlin, Germany) – 31 Comments

2. Recent things that the school has taken on (i.e. new curriculum, specific professional development, etc.).
“International schools must comply with new ministerial decree The Jakarta Post, Jakarta | May 23 2014 | 10:38 PM Share The Education and Culture Ministry says that international schools must make adjustments to their curriculum as stipulated by a new ministerial decree issued on April 23. Education and Culture Ministerial Decree No. 31/2014 on the cooperation and management of foreign education institutions with Indonesian education institutions stipulates that educators at international schools must be registered with the Manpower and Transmigration Ministry and the Education and Culture Ministry, Antara news agency reported. Furthermore, the Education and Culture Ministry’s director general of early childhood education programs, Lydia Freyani Hawadi, said that teachers at international schools must also be proficient in Indonesian, as stipulated by Manpower and Transmigration Ministry laws. She explained that they must be proficient in the language because Indonesian students studying at international schools must take four compulsory subjects: religious studies, Indonesian language, history and citizenship studies. “The teacher’s education must be suited to the subject they teach,” Lydia told reporters on Friday. A school’s curriculum must also be adjusted to national standards, and foreign students must be taught cultural studies, she said. Furthermore, Lydia emphasized that international schools could not be fully owned by foreign stakeholders, as the law stipulates that foreigners can only own 49 percent of a school. The school must also be able to prove that it has enough capital to run the school for the next six years. “Most importantly, there will no longer be ‘international schools’. They must change their names,” she explained. Lydia said that the ministry had held talks with 44 schools to discuss the new ministerial decree, adding that a majority of the schools did not have any accreditation. If a school does not comply with the ministry’s demands, the school management could be sentenced to 10 years in prison and fined Rp 1 billion (US$86,000) under Law No. 20/2003 on the national education system. (fss)” – Surabaya International School (Surabaya, Indonesia) – 54 Comments

1. Details about the teaching contract. What important things should prospective teachers know about?
“Read your contract carefully. do not sign an unsigned contract. contracts signed by the teachers have been changed and then signed by the owner. If you have issues with the owner his first and only reaction is to tell you to take him to court where he will happily drag the case out to cost you a lot of money.” – Makuhari International School (Tokyo, Japan) – 22 Comments

If you have an interesting story in your school that you would like to share, log in to International School Community and submit your comments. For every 10 submitted comments, you will get one month of free premium membership added to your account!