Speaking the language of the host country is on every international school teachers’ mind. 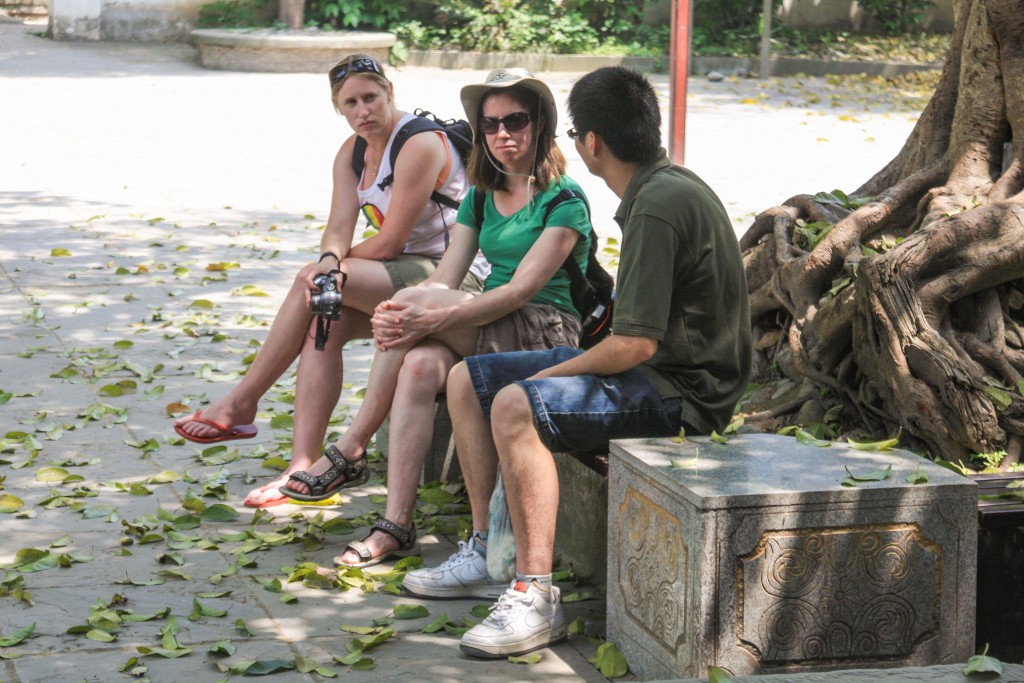 How great to speak the language of the host country well enough so that you are able to have some local friends who may or may not know English!  You might say that is every international school teachers’ goal when they move abroad.  Communication is the key, and knowing the language will also give you direct insight into the host country’s culture.

Many international school teachers do their best to fit in. Meeting new friends or going on dates in your new country is difficult, if you rely only on English language capabilities of the locals. That is why taking language classes and dedicating some of your weekday evenings to attending them is very advisable. Until you reach a comfortable level of proficiency when you can converse with the locals (at the market for example), it is important to find some of them that might speak English, especially during the first few months.

Everyone marks well in their head, their very first successful conversation in the new language. It is a tremendously liberating experience, which is inspiring one to pursue their way to a high-level speaking fluency and understanding without stuttering and asking people to speak slower.

Out of the 60 comments topics on each school’s profile page, there is one specifically about languages. It is called: “Languages of the host city and the level of English spoken there.” 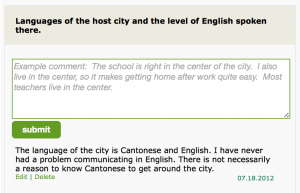 Currently we have 150+ submitted comments in that comment topics on a number of school profile pages.

Here is a sneak peek at a few of them:

“The level of English here is intermediate I would say. Some taxi drivers know a lot and some don’t know very much. The people working in stores know an intermediate level of proficiency. People speak Italian here, but that is not to say that there aren’t people speaking other languages. There are many dialects of Italian that people speak.” – American School of Milan (Milan, Italy) – 23 Comments

“Spanish is the main language but you can get by with very minimal language skills. Most restaurants have English menus. Many taxi drivers can understand some English. In the markets the venders are usually indigenous and speak Spanish as a second language so speak slower and use more limited vocabulary.” – The American International School of Guatemala (Colegio Maya) (Guatemala City, Guatemala)– 40 Comments

“With basic level of Chinese it’s easy to manage. With zero Chinese it’s also possible but lots of things will be missed and at times it’s tougher to deal with everyday issues.” – Western International School of Shanghai (Shanghai, China) – 162 Comments

“English is spoken only in the school. Korean is the dominant language, and many, many fewer people speak English than in places like Seoul, but there are still plenty of people who can help you communicate. Many menus are in English too even if the staff does not speak English.” – Global Prodigy Academy (Jeonju, South Korea) – 48 Comments

“You will enjoy your stay here much more if you can learn at least some basic conversational Japanese. Although they study English in high school, very few Japanese on the street that you might approach for directions will be able to speak to you in English.” – Hiroshima International School (Hiroshima, Japan) – 64 Comments