Traveling Around: Casablanca, Morocco (The life of an international school teacher is good!)


Get inspired to make your next travel purchase!

• Arriving at the airport in Casablanca and not expecting such pleasant and cheerful passport control officers.
• Standing in a small SIM card shop at the airport for 10 minutes while two sellers are talking in Arabic to 5 other people at the same time trying to open you an account.
• Getting 2000 Dirhams (MAD – Moroccan currency) and hoping that it’s gonna cover you for 5 days. 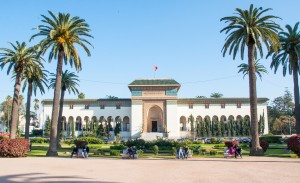 • Being surprised by quality and punctuality of the Moroccan railway.
• Getting attacked by numerous taxi drivers in front of Casablanca’s Gare du Voyagers train station (our hotel was within 2 minutes walking from the station).
• Smelling smoke in a non-smoking hotel room.
• Learning how “q” is pronounced in Arabic. 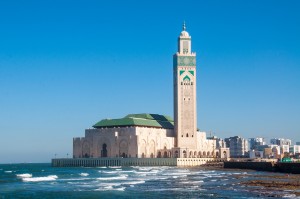 • Being wowed by Casablanca’s brand new tram system.
• Eating your first tajin and not being amazed, like you’ve heard.
• Using FourSquare and having it find us just the right place to eat at.
• Being served that tasty, round Moroccan bread with EVERYTHING. 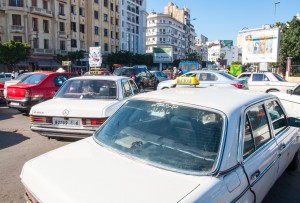 • Ordering food at a restaurant that we were planning to eat it, double checking first that they could accept our credit cards, only to find out later that they only accepted Moroccan based credit cards. (low on local currency)
• Having always somebody just outside of the hotel, restaurant, etc. who was there to help you flag down a taxi. Nice.
• Deciding to attend an expensive “party evening for tourists” even knowing that it was going to have a lot of tourists and potentially going to be lame, but then actually enjoying the show/dinner (some excellent local, traditional bands and performers…they were pretty good and entertaining)
• Sitting in a train car cabin with a local and her being super nice to us, even offering some of the snack she was eating. 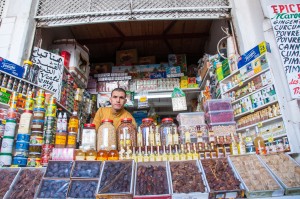 • Learning about amlou, a Moroccan spread made of almonds, honey and argan oil. Buy yourself a big jar of it! It is totally worth it.
• Trying to bargain and get a better deal at the market will lead you to getting called “a cheap American”. Works better if you say you are from Eastern/South Europe. 🙂
• Seeing cute, stray cats everywhere…even in the restaurants!
• Trying to talk in broken French as many of the local people did not know much English.
• Walking around and not see really any tourists wondering about, anywhere.
• Finding a Paul’s Bakery to get a sandwich to go right before we headed out on our flight home.

Currently we have 8 international schools listed in Morocco on International School Community. Here are the ones that have had comments submitted on them:

If you are on a trip right now, away from your host country, write to us at admin@internationalschoolcommunity.com with your “Can you relate?” traveling experiences.  Tell us where you are traveling in the world, what you are seeing and how you are coping with any culture shock.  Once your Traveling Around experience is posted on our blog, International School Community will give you SIX free months of premium membership!