Traveling Around: Japan (The life of an international school teacher is good!) 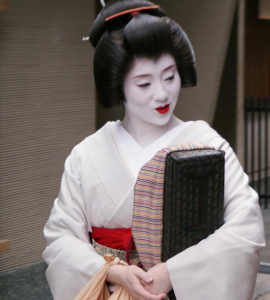 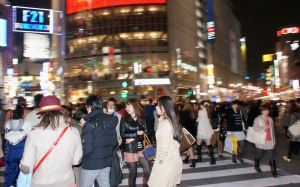 • Traveling around on trains using the Japanese Rail Pass, and having unlimited access for the entire trip.
• Enjoying the beauty of cherry blossoms, called ‘sakura’ in Japanese.
• Paying good money for a few pieces of delicious fatty tuna sushi. Worth every penny!
• Being offered dessert from a kind group of Japanese young people, after they catch us checking out their food.
• Having a group photo, soon after, with this same group of young people.
• Seeing Hello Kitty everywhere!
• Noticing that everything is so darn cute in Japan.
• Walking for miles in search for the perfect bowl of tempura.
• Wondering what is going on when every few people you see are wearing medical masks, and discovering that though some people wear them when they are sick, others wear them to hide a blemish or their emotions!
• Entering a store dedicated entirely to chopsticks, some running in the hundreds of dollars.
• Visiting Kyoto in hopes of seeing at least one, elusive geisha, and being lucky enough to see one after another, after another.
• Walking around to look at all of the beautiful temples, and constantly being passed by fast walking, little old ladies, who may even be in their 90’s! There’s longevity in this country.
• Watching some very strange TV programs while in the hotel room. Was it a game show, a reality show, a talk show?  It was all in Japanese, so who knows!
• Walking around the bottom ﬂoor a fancy department store, which was devoted all to food, including perfectly wrapped strawberries which cost about $50, and a watermelon which cost $100.
• Taking the train to Osaka just for dinner.
• Spending the last night in the Tokyo neighborhood of Shibuya, and trying to cross the busiest intersection in the world.
• Asking myself, since I live in Korea, why it has taken me three years before visiting Japan? 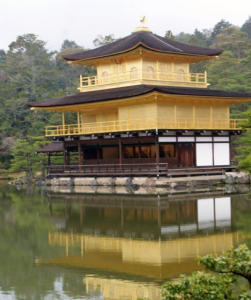 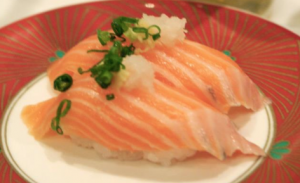 Currently we have 39 international schools listed in Japan on International School Community. Here are a few that have had comments and information submitted on their profile pages:

Highlighted Article: An educator shares about his over 20 years of experience working at and with international schools (Part 1)

I began teaching a long time ago, in a brand new high school, 35km south east of Melbourne, Australia. I was trained as a Science and Mathematics teacher, but, over the years, I’ve taught just about everything except Art – it has really helped to give me an understanding of how young people learn. I worked in secondary schools around Melbourne for a while, and had a stint as a government curriculum consultant in my district.

A friend had induced my former wife and I to go on a group tour to Bali, the first time I had been overseas (like many, many Australians). We then visited the same friend when she went to work in Penang, and then I was fortunate to be part of a trip to Los Angeles and Brazil through Rotary.

My former spotted an advertisement in the paper for Hiroshima International School. I applied, and got the job as the teacher of 25 grade 6 to 10 students. At that time, the school was in the process of planning a move from a small warehouse in the inner suburbs to a new school further out. We had two small children, and lived in a house about 1km up the hill (and there are plenty of them in Japan) from the school.

Living in Japan was wonderful, and we had a lot of amazing experiences. We made friends with our neighbours, even though only one of them spoke English, and we spoke virtually no Japanese. Everyone we met was very friendly. We returned to Melbourne after one year and resumed a normal suburban existence.

My true international career began much later, when things weren’t going that well in my life. I went to an information night for a recruiting agent. It was mentioned that Bali International School needed an IT person, so I went home, adjusted my CV accordingly, and got the job. I worked with some very talented teachers in a small school, and met my wife, Helen, there. During my fourth year, things didn’t quite go to plan, and I found myself helping a friend establish a small school, which became an economic casualty of the Bali bombing. It was at B.I.S. that I first became involved with the International Baccalaureate, through the Middle Years Programme. I really liked it, because it was in line with what we had been doing in secondary schools back in Australia. Bali was a good place to live, and we all worked hard and partied hard.

Helen and I found jobs at Sekolah Ciputra, in Surabaya. I was running their new international program, out of Melbourne, with 12 students out of 90 in Grade 12. Helen was a classroom teacher, but, during the break, successfully applied for the position of Elementary Principal. By the end of the first year, I found myself as Secondary Principal. We were there for seven years, and turned it into an excellent 3-programme IB school. A major factor was the professional development that we did with our colleagues every week. It was very difficult at first, because we were foreigners who were really changing the paradigms, but we persevered and still keep in touch with many of our Indonesian colleagues.

The school was in a large estate on the western outskirts of the city, and we had a great lifestyle, Golf, on a fabulous course, was part of the contracts, and we often hacked our way around. We could go for bicycle ride out through the villages on the weekends and there was enough to do in the city to keep us occupied.

Stay tuned next month for the 2nd part of this article.  In the meantime, make sure the check out Andrew’s website which tells more about the services he currently offers to international schools.