Traveling Around: Cyprus (The life of an international school teacher is good!) 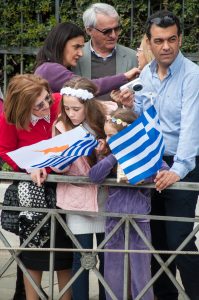 • Driving on the left side with a steering wheel on your right side and feeling weird by every crossing.
• Thinking it was going to be much warmer than it actually turned out to be. I guess hanging out on the beach was not in the plans.
• Going into the mountainous region in the middle of the country and finding an empty cafe to sit down and have a drink to enjoy the view. We tried a local drink made from almonds. They served it warm like a tea, and it was actually quite tasty.
• Staying the whole time in what was probably the coolest AirBnb I’ve ever seen. This place was so unique and was a refurbished old monastery.
• Our AirBnb host was so great. We wanted to buy the best olive oil on the island and we asked him for his advice. He ended up showing us a secret bottle of olive oil he received from one of his relatives. He said he would ask his relative for another bottle and get it to us during our trip. He ended up just giving us his own bottle!  What a nice guy!
• Very much enjoying the city’s stray cat population. These cats would hang outside our AirBnb as well, mostly during night-time. We tried to feed them some food one night, but they were picky on what they would eat.
• There was a holiday happening in Cyprus during our stay there. They were celebrating the Greek liberation from the Turkish empire. We were so lucky to run into a huge parade. The local military dress was very interesting. Also in the parade were big groups of students, each from a different college. They all had to walk in a very special way, lifting both arms up as they walked down the street.
• Waiting in a long line to get to the Turkish side of the downtown area and watching some people trying to pass without having to show their passports.
• Enjoying the Turkish side of the country, but feeling bad that we didn’t explore more. We rented a car, but we weren’t allowed to drive our car on that side.
• Loving the first breakfast that I had in the country. It was a very cozy restaurant with lots of locals in it. I got served a piece of toast with avocado with asparagus and poached egg on top. Then they drizzled olive oil on top. It was so delicious. Too bad that we never went back to that place.
• Arriving to a seaside town and having to choose a fish restaurant to eat at. The one we ended up sitting down at didn’t serve us at all in like 15 minutes of sitting there. We left and try another restaurant that was full of people. Right when we walked in a table opened up. We sat down and within a minute our order was taken. After another minute we were served our food! The fish dishes were so delicious. It is funny choosing restaurants when traveling. Sometimes you win, and sometimes you lose.
• Driving off the main road in the mountains to find a beautiful hidden waterfall.
• Coming back to Lefkosia in the night and seeing a huge Turkish flag made of lights on a hill in the Turkish part of the city. During the day, the flag is painted on. Seems like the rivalry between the two nations is still very high.
• Visiting the coastal towns of Limassol and Larnaca, to find many shop and restaurant signs in Russian. It seems like they do a lot of business in Cyprus.
• Stepping into the Mall of Cyprus and getting disappointed how empty does it looked. Maybe the business is better during the summer tourist season?
• Finding out that the capital has two names – Lefkosia and Nicosia. Road signs only say Lefkosia, though.
• Eating healthy breakfast in hip cafes in the central Lefkosia and finding an Icelandic woman’s vegan restaurant in Lefkosia. 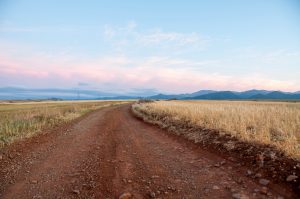 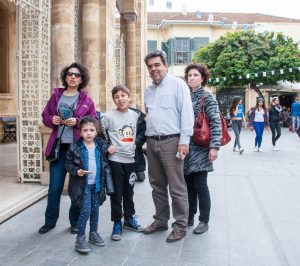 Currently we have 4 international schools listed in Cyprus on International School Community. Here are two that have had comments submitted on them: