Countries Closing Their Borders: A Quick Decision to Get “Home”


Sharon (Pseudonym) and I arrived back in Shanghai yesterday morning, after a quick decision to return before it became difficult.

We travelled from Edinburgh and transited in Paris before on to Shanghai. In Edinburgh and Paris it was business as usual; no questions, no extra measures, nobody wearing masks. Until we got to the gate where we boarded the plane to Shanghai. Here the passengers were all masked up as were the crew. Masks were to be worn for the full 12-hour flight. Temperature checks were taken as we boarded, then again mid-flight and before landing. Blankets, pillows, headphones were not distributed due to containment measures. There was a seating area sectioned at the rear of the plane along with toilet facilities, for anyone who showed symptoms of COVID-19 during the flight. Before landing we completed paper and online health declarations.

On landing, we were held on the plane, and called off in batches. We stepped into a different world, where all airport staff were in body suits, masks, visors, gloves. The airport had been configured to create channels for passengers to move through with stops to revisit health forms, complete more information and do temperature checks. We then passed through immigration (which was super-quiet) before being guided to an area where we reported to a regional team. Again, more health declarations and information gathered before being escorted to pre-arranged pick-ups or to pre-arranged buses provided by the airport. During this process, we were awarded a sticker (green – yellow – red) which determined our next course of action. We were accompanied to a driver who was waiting for us, to continue our journey home.

When we arrived at our housing compound, we were greeted by a team of ten people, made up of a doctor, local health team and compound management. Again, health declarations and temperature checks, before being taken into our home and our quarantine commencing. As David (Pseudonym) lives in the house too, he has to undertake quarantine with us, or we would have been taken to a quarantine facility.

So, we are home now and will remain indoors for the next two weeks. We did an online shopping order which was delivered to the gates. Then the compound guards left it outside our door for us, texting us when it was clear for us to bring the goods inside.

There are two lenses to view this through: fear or safety.
Fear, due to the unpredictability of the situation, the rapidly changing climate and lack of control. I did have a couple of moments. One where I had one foot in the amusing rabbit hole of ‘This is what it probably felt like when trying to smuggle ET to his spaceship’, then the other of ‘What if Sharon and I get separated. How do I know where she may be? What would be happening/ what could be?’ The what-ifs were lurking, waiting to grab and sink their sharp little teeth in. Families were kept together through the process. There were staff available to speak different languages and although there was uncertainty, it was very efficient and organised.

This is a country where health is priority. Containment measures are put in place to ensure the health of all citizens. Social responsibility is empowered as we are required to put others first by undertaking quarantine, to avoid any possible contamination. Everyone is mobilised to do their part for the community. Do I feel scared? The unknown is always a little scary. Do I feel safe? Absolutely. I know that the virus is a priority and is being taken very seriously. The actions of the country reflect this.

If you are planning your return – some tips:
• Make sure you have your own headphones.
• Dress in layers – the plane was cold, the airport was hot.
• Have extra snacks and water with you so that you can keep the hanger away whist you wait to leave the plane/get home.
• Bring distractions for kids. Talk to them about how staff will be dressed in the airport and that there will be temp checks etc.
• Got to the toilet before you leave the plane. Facilities in the airport are on lock down.
• Carry wipes. It can get hot and a little uncomfortable in the heat as you wait.
• Do an online shop that can get delivered as you arrive home.
• If you do not have a thermometer at home, buy one before you return. You will need to report your temp if in quarantine.
• Be mentally prepared for quarantine, either at home or in a facility, and pack a few treats to help you through it all.

Safe travels…and stay positive! If you are alone, keep in touch with someone in Shanghai and don’t be afraid to reach out as you go through the process! A reassuring text is enough to keep you calm.

This article was submitted by an ISC member living in Shanghai, China

Comparing the Schools and Comments: Working in Bangkok, Thailand 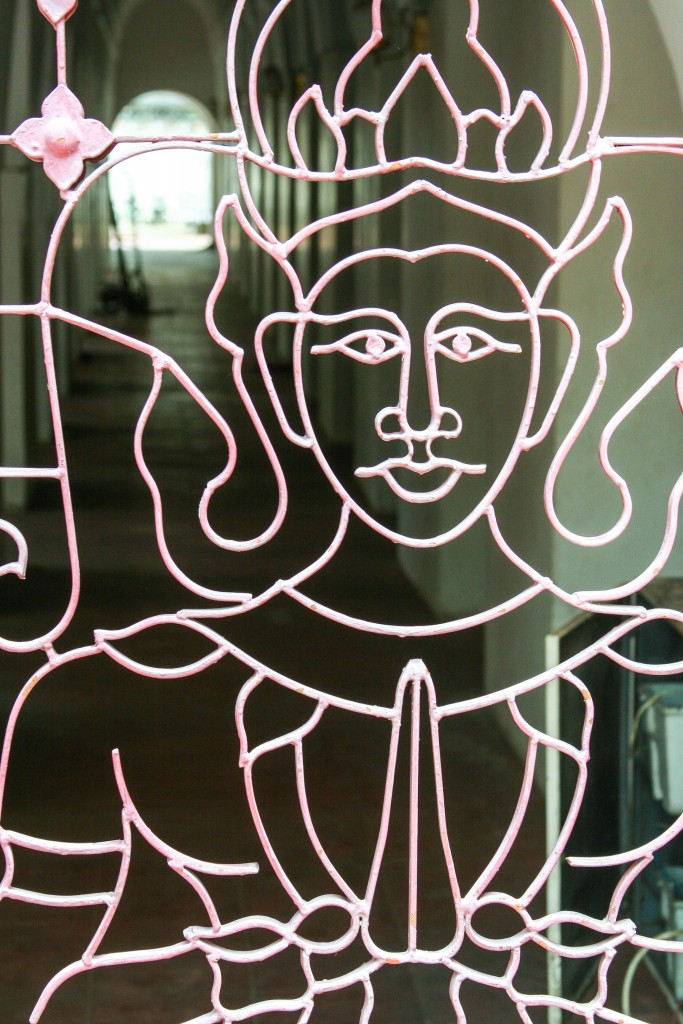 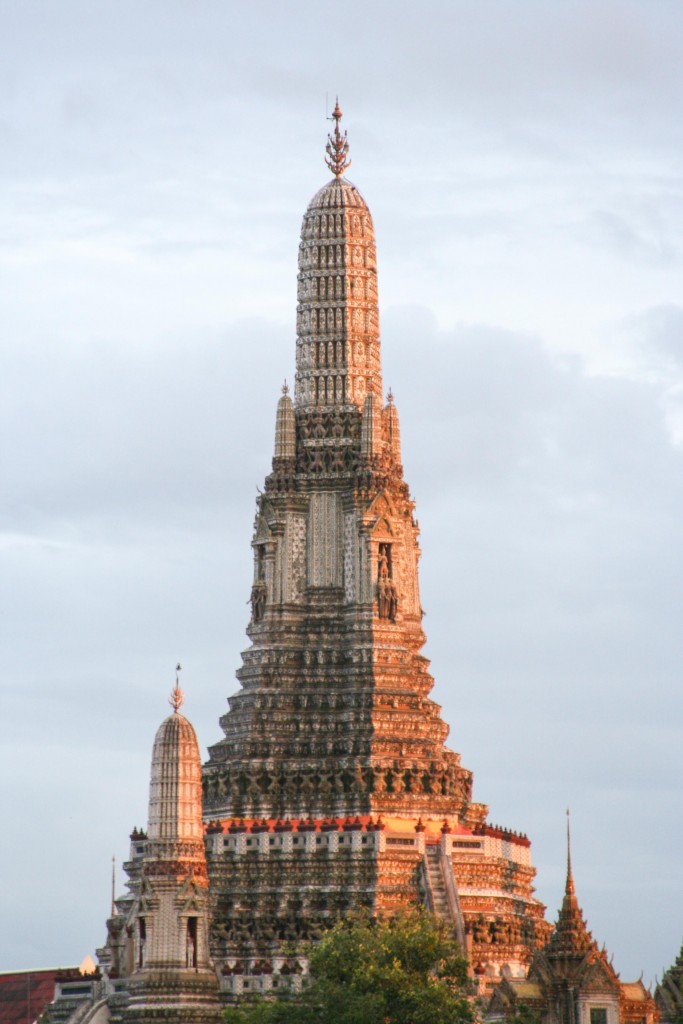 Currently, we have 49 schools listed in Bangkok on International School Community.

Recent things they have taken on

“In 2012 the school implemented the Literacy by Design program for K3 – Grade 4, and the IB Diploma Programme in 2013. It also began scheduling more consistent weekly professional development meetings in 2013, including WASC focus and home group sessions, and grade-level meetings. As of 2012, it joined EARCOS and now regularly sends its staff to the annual conferences.” – Wells International School (Thailand)

“In 2014 the school will be launching the Professional Development Hub, which is intended to be a central location for teachers in the Southeast Asian region to receive professional development.” – NIST International School

“The school is well-known for IB standards as quite a few of the teachers are IB Examiners and moderators. The Head of School is also on the Board of the IBO worldwide. Currently they are participating in a pilot study for the MYP.” – KIS International School (Bangkok)

Expectations of staff
“Teachers are assigned a maximum of 25 contact periods (45 minutes each) per week, while department heads have a maximum of 20. Minimum expectations include curriculum mapping on Atlas, and personal daily or weekly lesson plans that are attached to the maps. Weekly professional development is mandatory. Staff are encouraged, though not required, to take on extra-curricular classes or activities.” – Wells International School (Thailand)

“Expectations are high but lots of support.” – Concordian International School

“(Sorry, as admin it’s hard for me to comment, but teachers seem to work hard, but get non-contact time).” – KIS International School (Bangkok)

“High expectations, but with exceptional support and resources. Teachers are expected to participate in 2 extra curricular activities each year, which is quite manageable.” – NIST International School

Kinds of teachers that work there
“Approximately 30% of staff are from the United States, while the rest are a mix of over a dozen nationalities. While the school will hire inexperienced teachers in special circumstances, prospective hires should expect to be turned away if they don’t have a degree in education (or their subject areas at the secondary level) and a few years of experience. Nearly 70% of the teaching staff has master’s degrees.” – Wells International School (Thailand)

“Most teachers are from USA (there around 180 in total). A few are from the UK and Thailand.” – Ruamrudee International School Bangkok

“All teaching staff are fully qualified. Most are British, with some Australians, South Africans and Filipina. turnover is high. Last year 40% left. Most leave due to the lowish salary rather than because they are unhappy with the school.” – Rasami (Thai-British) International School

Housing
“Ruamrudee does have a housing allowance – B20,000, but it is part of the actual salary, so it’s taxed at 30%. So, effectively, the allowance is B14,000 – enough for a small local house/apartment.” – Ruamrudee International School Bangkok

“There is a housing allowance which is sufficient to rent a small studio. There is no extra for married teachers.” – Rasami (Thai-British) International School

“Around 40000 Baht a month for singles and 60000 Baht for teaching couples.” – NIST International School

If you work at an international school in Bangkok, share what you know. Consider becoming a Mayor for unlimited premium membership! 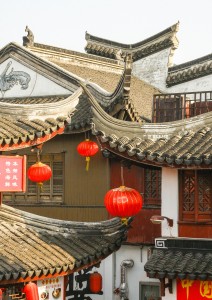 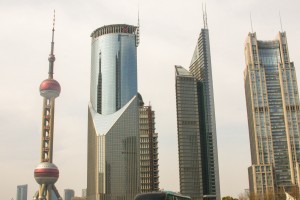