Traveling Around: New York, United States (The life of an international school teacher is good!) 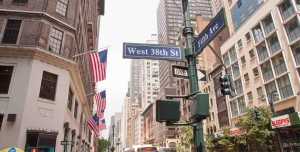 • Being amazing on how there were not just one but multiple restaurants to choose from for all the different cuisines of the world.
• Checking out the China Town area and couldn’t believe how it really seems like we were in China (after having working at an international school in Shanghai for some time).
• Loving the new area to chill out next the Staten Island Ferry terminal, great views and not too crowded.
• Going to look at the new 9-11 memorial, long line to wait in…but the two water fountains were pretty spectacular.
• Buying too many things at all the unique cafes and stores, couldn’t resist wanting to try things not available in my host country.
• Traveling to this awesome city to see three of my friends from two of the countries that I have lived in, who now live in New York.
• Using the New York Subway system to get around and trying to act like I knew my way around it like a local (a bit of a fail).
• Thinking I saw Michael Cera near China Town, took a picture of him, and then hearing what my friends thought on Facebook…if it was really him (some thought so, some no).
• Trying to keep my head down while walk around in the city…couldn’t stop looking up at all the cool skyscrapers.
• Taking a stroll through 1/3 of Central Park and watching all the exercisers, relaxers, etc…the nature in that park is really wonderful.
• Looking at the Statue of Liberty from the Staten Island Ferry…the second time that I’ve done that!
• Purchasing a Groupon for a grocery store there and getting $40 for only $20…stocked up on some supplies for when I go back home.
• Getting to see the Manhattan skyline both in the morning, afternoon, sunset and night…thanks to my friend for letting me stay at his awesome Brooklyn apartment.
• Enjoying my fair share of bagels…toasted with a bit of honey…for my breakfast.
• Going to see a concert at a old jazz/blues club just right off of Times Square…what a location!
• Thanking my friend for letting me use their Museum of Modern Art membership pass. Probably wouldn’t have gone if I would have had to pay.
• Taking pictures of all the New Yorkers doing their thing as they walk down all the streets…there are some very interesting people walking around New York!
• Walking to Bryant Park at night at having a cool drink with a friend for some catching up.
• Going into Grand Central Station and thinking about all the movies that have been filmed there. 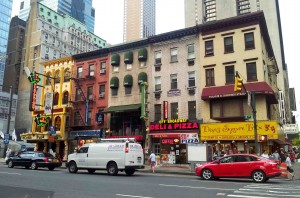 Currently we have 4 international schools listed in New York on International School Community:


Random year for international schools around the world: 1947

“The United Nations International School (UNIS) was established in 1947 by a group of United Nations Parents to provide an international education for their children, while preserving their diverse cultural heritages. What began as a nursery school for 20 children quickly grew, adding grades, students and faculty.  The rapid growth of the School demanded new and larger facilities.  By the late 1950’s, the School had campuses in Queens and in Manhattan, and broadened it student base to include the UN community, the Diplomatic Corps, the non-governmental international sector, and local New York Families.”

“In 1944, Mrs. Gladys Bryson, foreigners residing in Cali and educator by profession, became a room of his home in San Fernando, in a classroom, the College was born Anglo – American Cali.  In 1947 the school already had up to 8 th grade students and tuition had cost $ 20 pesos from first to eighth grade and $ 15 pesos for kindergarten.  As the name of Colegio Anglo Americano in Cali was very similar to the American College, was officially changed to Colegio Bolivar in 1950.  In 1955, each student had his own desk. Also built a kiosk for the students to use during the lunch break and, years later, he built a larger one, and as the school grew to nearly 300 students, the kiosks were first used as classrooms.”

“In 1947 a small group of American and Colombian businessmen founded The Columbus School in order to provide a U.S. style education for expatriate children and Colombian children who sought an alternative to the predominantly parochial education that was prevalent in the mid 20th century. Our founding fathers envisioned the need to prepare their children for a world that would be increasingly “internationalizing” and pledged to prepare students to achieve academic excellence through critical and creative thinking, global mindedness and bilingualism.”

“For the first half of its existence the school was called the Overseas School of Rome. There actually was an OSR before 1947, but not the same school that was incorporated in that year. It was a little US Army school bearing the same title, located near Ponte Milvio started in September, 1946. We are greatly indebted to them for both starting the idea of our school and for their help when the school had to move at the end of its first year.

When news came that the allied troops were being moved to Trieste, five American and five British mothers (some from the original Ponte Milvio school) got together and decided to form a school which should be nondenominational and international, combining the best of the British and American systems. This group is responsible for the organization of the official corporation that became our school.

Next they had to find a place for the school. They managed to get the British and American Ambassadors, as patrons of the school, to put pressure on the Torlonia family to rent the palazzetto of Villa Torlonia on Via Nomentana as our first home. The school opened its doors to the public on October 16, 1947, with a grand total of 60 students.”