Random year for international schools around the world: 1951

“Greengates School is a privately owned, co-educational day school set in the northern part of Mexico City, in an area of over 20,000 sq. meters. For over 60 years the school has been preparing students for university study worldwide and developing caring global citizens.”

“The International School of Brussels first opened its doors in October 1951, with four teachers on hand to welcome twenty-seven students between the ages of 5 and 11.

In the spring of 1953, with a population of more than one hundred students, the school moved to its current home at the Château des Fougères, in the Brussels commune of Watermael-Boitsfort, and became known as the International School of Brussels.

In its early years, the entire school was housed in the Château: a far cry from the 40 acre campus with four school divisions and a lifelong learning centre that make up the ISB of today!”

“The American Section program starts in Pre-Kindergarten and goes through 12th grade. There are approximately 700 students enrolled, evenly divided between boys and girls and ranging in age from 4 to19. Approximately 60 percent of our students are U.S. citizens, and many hold both French and American citizenship. Most of the remaining 40 percent are French citizens who have spent a considerable amount of time in the United States or have had American schooling.”

“With five original students, Jakarta International School was founded by UN workers in 1951. These pioneers introduced relevant schooling in English for children of expats in the newfound Republic of Indonesia. From early days the school’s international identity was clear. It was originally named the Joint Embassy School (J.E.S.) after its British, American, Australian and (then) Yugoslavian embassy partners. Just over a decade later, in 1978, J.E.S. became J.I.S.”

“Garden School was established by Mrs Sally Watkins, the wife of the then Fire Brigade Chief. Lt. Col. F.F.C. Watkins, in the Lake Gardens of Kuala Lumpur in 1951.”

“Widely recognized as one of the premier international schools in the world, International School Bangkok (ISB) has been providing quality education since 1951 to expatriates representing more than 60 countries.”


v2011.04 – 9 August, 2011:
Back to school!  If you are new teacher at an international school this year, right now is the most exciting time.  You are now officially in the honeymoon phase of your culture shock. Enjoy it.  Many times for new teachers there is a nice BBQ at the director’s house, catered lunches during workshop days, a nice tour around the city, etc.  If you are lucky, there is a nice group of new teachers at your school this year.  Why, you ask?  The other new teachers that start at your new school at the same time as you will typically become some of your best friends that you will make there.  It is because you guys will be sharing the same experiences as you explore your new city, new country and new school together at the same time.  So, new teachers enjoy your first few months!  Take everything in stride and appreciate every minute.  Try and say “yes” to all the invitations you will receive from other teachers in their attempt to make new friends with you.

· Blogs of international school teachers: “Ichi, Ni, San…Go.”
“It has some great insight into how important the first few weeks are for new teachers during their orientation days to their new city and new school.  There is also much information to be …”

· School profile highlights #6: Luanda Int’l School, Amer. School of Tokyo and Int’l School of Iceland
“Candidates should note that most foreign-hire teachers live near the main campus in Chofu, a suburban environment one hour west of downtown Tokyo by train…”

· TEN COMMANDMENTS OF RELOCATING OVERSEAS: #2 – Anticipate a challenging adjustment period of six months
“Some international school teachers tend to experience different levels of culture shock and can pass though the stages quite quickly, but I still think for those people that you need to give yourself six full months to decide…”

· Stafford International School (3 new comments)
(Colombo, Sri Lanka)
“Religious activities are promoted with weekly assemblies by each group and the celebration of festivals in which all participate…”
· Copenhagen International School (10 new comments)
(Copenhagen, Denmark)
“The apartment that I got was complete unfurnished. I had to buy everything for it. Luckily, you can use the relocation allowance to help you buy furniture and what not (which is around USD 2000)…”
· Greengates School (British Int’l School) (5 new comments)
(Mexico City, Mexico)
“The PTA is very strong. International Day Fair is the most interesting event that you will see. High School graduation is very respected with Ambassadors as guest speakers …”
· Robert Muller Life School (3 new comments)
(Panajachel, Guatemala)
“The school has around 11 teachers and they are from Guatemalan and the United States…”
· International School Dhaka (3 new comments)
(Dhaka, Bangladesh)
“This well-resourced school has a purpose-built centrally air- conditioned buildings and classrooms, specialist teaching rooms including…”

Requested schools to be reviewed:

This last month we have had visits from 51 countries around the world!

Back in July we celebrated our 100th member on International School Community!  We are definitely on our way to our goal of having 200 members by the end of the year.  Please refer your international school teacher friends to join our community.

Top three photos for Best Nature Shot: And the winners of this photo contest are…


I’m happy to announce the winners of our Fifth Photo Contest (Best Nature Shot in your Host Country).

“I took this in Tanzania where I work and this picture reminds me of why elephants are so important to our own lives, as they represent the importance of what we are dong as educators.  As well most of these elephants will be shot and killed for their ivory soon so seeing a picture like this will hopefully inspire our students to take action with conservation of this majestic animal.” 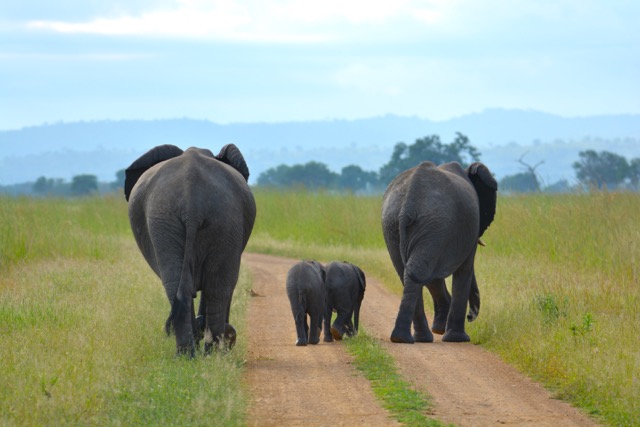 Prize awarded: Premium membership for TWO YEARS on our website!

Second Place: Butterfly migration in a forest in Mexico.

“I work in Mexico. I went with a group of teachers to see the majestic monarch butterfly migration. There were millions of butterflies flying around. It was one of the natural wonders of the world.” 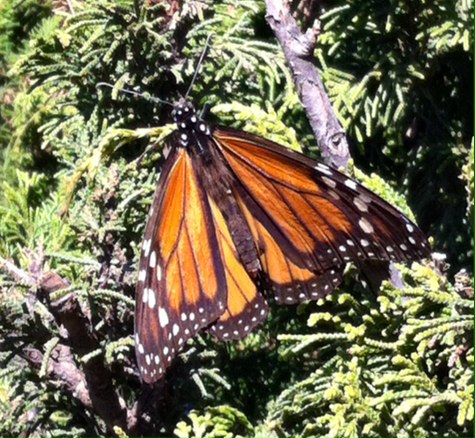 Prize awarded: Premium membership for ONE YEAR on our website!

Third Place: Blue insect in a forest in Serbia.

“Mineral spring Bagri near Novi Pazar in the middle of mountains is surrounded with a wonderful glade cut in half with a small river. It is a home to many birds and wild species, among them this beautiful insect.” 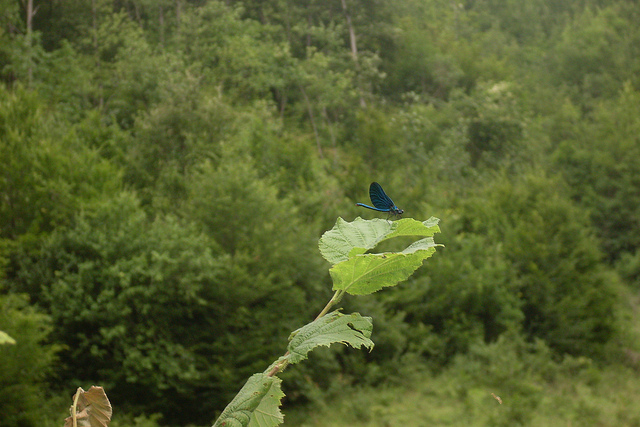 Congratulations Anonymous! (This member wanted to be anonymous in the photo contest.)

Prize awarded: Premium membership for SIX MONTHS on our website!

Thanks to everyone who participated!  We have awarded everyone else ONE WEEK of premium membership for participating in this photo contest.

Stay tuned for our next photo contest which will happen sometime during the next 1-2 months.