Are you inspired to start up a blog about your adventures living abroad?

Our 39th blog that we would like to highlight is called “Teach. Travel. Taste. A peek into the life of an American teacher in Colombia”  Check out the blog entries of this international school educator who has worked at Colegio Panamericano in Colombia.

A few entries that we would like to highlight:

“Soon I’ll be on way to South America to teach 1st grade in an international school! While the prospect of going down to 1st grade is terrifying, even if it’s only one step down, I couldn’t be more excited (and nervous) for this change. To answer some of the questions I’ve been receiving: This is a two-year contract…at that point, I’ll see how I’m feeling. I will be teaching in English with my own classroom, literally identical to here in the states. They use the Common Core standards, Daily 5/CAFE literacy model, Everyday Math, and more American-based curriculums. They speak Spanish in Colombia, though naturally every country (and city!) has its own dialect and slang. I know it’ll be a rough adjustment, not only coming from English everyday for the last two years, but also because the Spanish I got okay at was “Spain-spanish”. One of my ultimate goals in doing this, however, is to become truly fluent…not stumble along in broken Spanglish with my students’ parents as I have been doing. Any other questions, please comment…”

Good to know a bit about how the school runs and about their curriculum too, so you can plan ahead.

Want to learn even more about what new programs and curriculum that international schools are taking on?  We have a comment topic called “Recent things that the school has taken on (i.e. new curriculum, specific professional development, etc.).”  Currently there are 183 individual comments in this comment topic talking about 100s of different international schools. Check them out by doing a search for the school you want to know about here.

A Few Thoughts on Being Home

“As it always is when you move to another culture, you find that you miss certain parts of your own culture, while discovering that parts of your new culture really make a lot of sense if you stop to think. Being home was great, but vacations are always a bit haphazard and I’m ready to get back to my regular routine…”

It is always a mixed bag of emotions when taking a trip back to your home country.  The culture that you surround yourself in 24/7 in your host country is now gone and you are surrounded by your home country culture.

It is good to go back home, and many veteran international school teachers can relate to just wanting to get back to you host country and your daily routine there.

Want to learn even more about what international school teachers think of the local customs in their host country?  We have a new comment topic called “What are some locals customs (regarding eating, drinking and going out, family, socializing, etc.) that you find interesting for expats to know about?”  Here is an example of one of them:

‘If you travel somewhere, you are expected to bring back “omiyage” snacks for co-workers and friends; these are normally or other sweets that happen to be the specialty of whatever city or region you have visited and which you can pick up at any train station when you are on your way back.’ – Hiroshima International School (Hiroshima, Japan) – 64 Comments

There are 11 International School Community members who currently live in Colombia. Check out which ones and where they work here.  Feel free to go ahead and contact them with any questions that you might have as well; nice to get first hand information about what it is like to live and work there!

If you are an international school teacher and would like your blog highlighted on International School Community contact us here.


Every 1-2 months International School Community will highlight one of our members in our Member Spotlight feature.  This month we interviewed Tara Moore:

Tell us about your background.  Where are you from?

My name is Tara Moore.  I was born and raised in Halifax, Nova Scotia Canada and for the last eleven years I lived in Ajax, Ontario Canada.

How did you get started in the international teaching community?

I graduated from Teacher’s College in 1995 in Halifax, Nova Scotia and there were no jobs for new teachers.  I had already volunteered overseas at the Baha’i World Centre in Israel for 18 months and spent 6 months volunteering in East Africa and the Baltics so I thought that International teaching made perfect sense.  I subscribed to The International Educator (TIE) and applied to several positions.  Within 3 – 4 months The American School of Guatemala hired me.

Which international schools have you worked at?  Please share some aspects of the schools that made them unique and fun places in which to work.

At Colegio Granadino the staff and students are very laid back. The students are really helpful and love to give advice as to which hairdresser I should go to and where I should do my shopping.  It is really easy to develop a relationship with the students, which is what they want as Colombia is very family/friend-centric.

Describe your latest cultural encounter in your current placement, one that put a smile on your face.

One of the things that amuses me in Manizales is how inquisitive people are here.  I am very fair and my four year old daughter is biracial with brown hair and skin.  When we are out together people stop me to ask if she is Colombian, where I adopted her and how long I have had her.  I find it funny because these are questions that people in Canada would think but certainly would not ask.  Also, people here are amazed that she can speak two languages as there are very few English speakers here and almost no young children who can speak English.

What are some important things that you look for when you are searching for a new position at an international school?

I look for a smaller school in a smaller city.  I do not enjoy huge cities and quality of life outside of school is just as important as within.  I also want to know the average stay of the expat teachers because if there is too much turn over, for me that is a warning sign.

In exactly 5 words, how would you describe the international school teaching experience?

Thanks Tara!  If you are a member of International School Community and would like to be our next member spotlight, contact us here.  If we choose to highlight you, you will get a coupon code to receive 6 months free of premium access to our website!

Top three photos for Your Favorite Mountain Picture: And the winners of this photo contest are…


We’re happy to announce the winners of our latest Photo Contest: Your Favorite Mountain Picture

“This is Mt. Kazbegi and the Gergeti Trinity Church (Georgian: წმინდა სამება) in the country of Georgia. It was taken in April 2012 when I was 7 months pregnant with my son.” 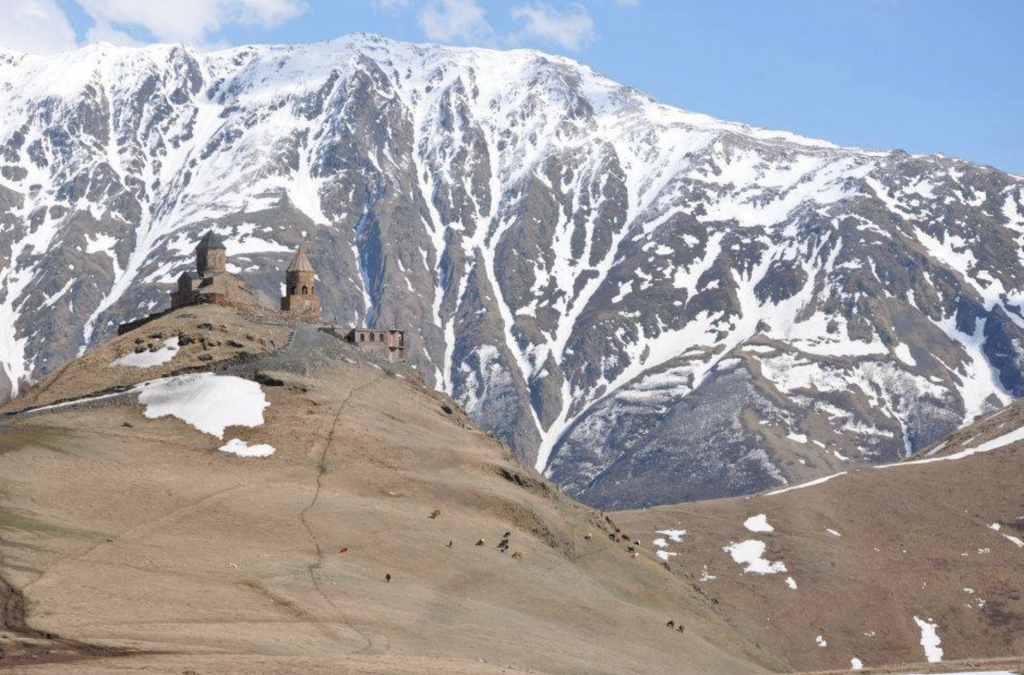 Prize awarded: Premium membership for TWO YEARS on our website!

“Mt. Pulag, Philippines is the highest mountain in the luzon island. This photo is taken at 2,926 metres above sea level.” 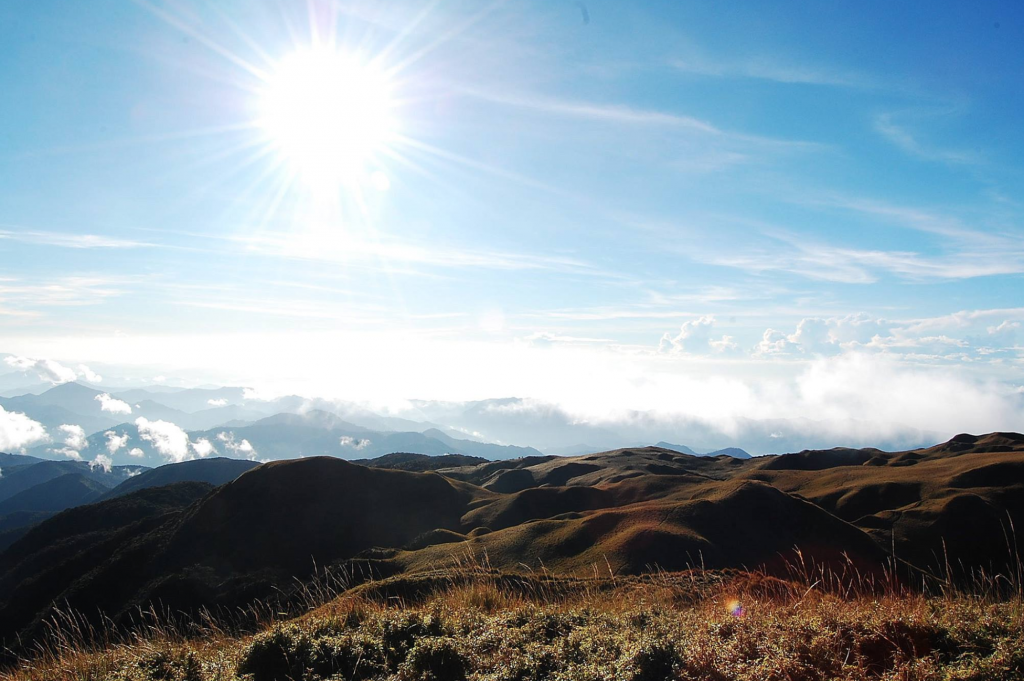 Prize awarded: Premium membership for ONE YEAR on our website!

“This is a shot from the top of Seoraksan, Seoraksan National Park South Korea. These massive boulders were uniquely balanced on top of each other naturally. It was a misty morning, which gave the scene a bit more mystery as well.” 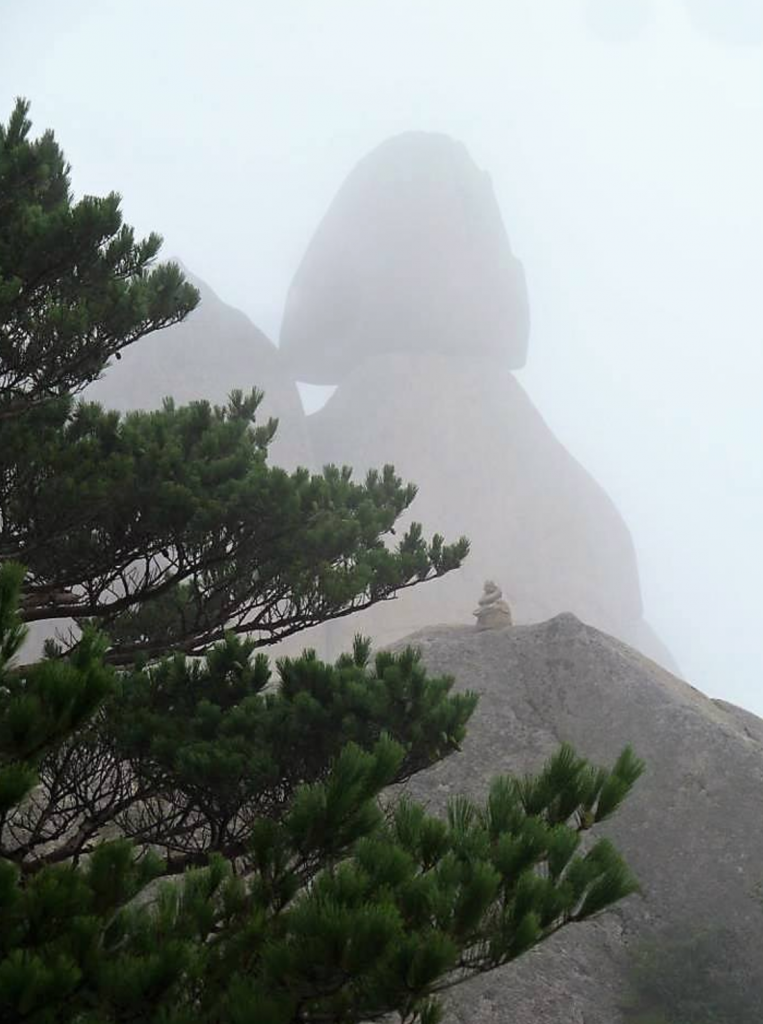 Prize awarded: Premium membership for SIX MONTHS on our website!

Thanks to everyone who participated!  We have awarded everyone else ONE WEEK of premium membership for participating in this photo contest. 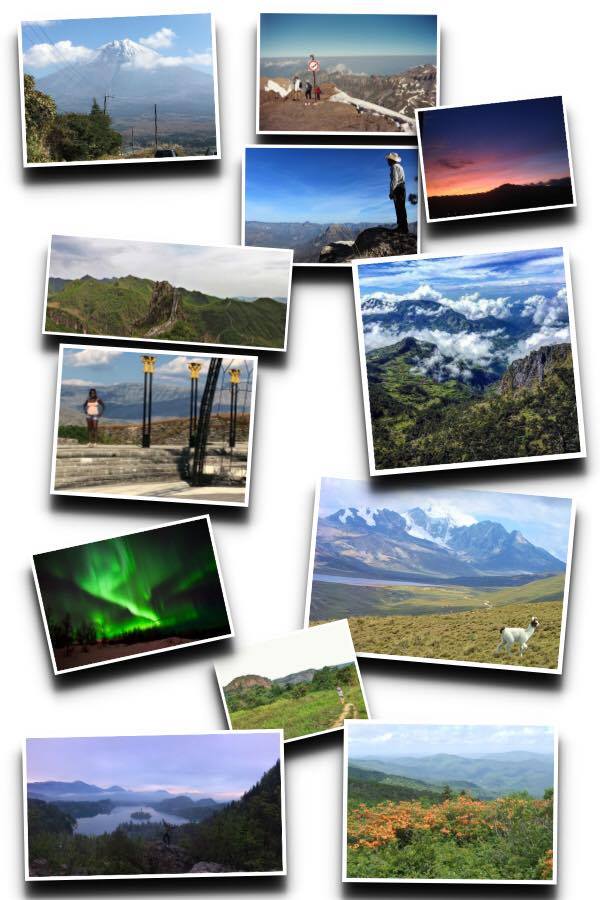 Stay tuned for our next photo contest which will happen sometime during the next 2-3 months. Check out our previous Photo Contests here.


Random year for international schools around the world: 1983

Utilizing the database of the 778 international schools currently listed on International School Community, we found 10 schools that were founded in 1983 (excepts about their founding are taken from the schools’ websites):

Chinese International School (Hong Kong, China)
When CIS opened its doors in 1983, its co-founders Nelly Fung, Kin-Yue Fu and Joyce Tai realized a long-held dream of a school that would offer the best of both Chinese and Western worlds.  Born in Asia and educated in Asia and the West, they saw a need in the late 1970s for an educational institution in Hong Kong that could provide an alternative to local schools teaching mainly an exam-based curriculum and to international schools teaching mainly Western curricula.  Their vision was for a school open to all regardless of nationality, race or creed, where students would achieve fluency in Chinese (Mandarin) and English and an understanding of the dual heritage that makes Hong Kong unique.

International School of Busan (Busan, South Korea)
The International School of Pusan (not Busan as it is now called) opened in September 1983 with seven young pupils in kindergarten and elementary school, and two teachers. Busan was not the expatriate centre that it is today but still the parents wanted their children to have a world-standard international education (rather than a national system education), so that they could transfer around the world. They also wanted a caring, nurturing, family-like ethos which would give the children a high level of self confidence and esteem, and would teach them tolerance and respect for other cultures. The basic education principles of BIFS were formed!

International Bilingual School at Hsinchu Science Park (Taiwan, China)
The school was proposed by the founder of the Science Park Kwoh-Ting Li and administered by Ministry of Education, National Science Council and administration of the Park. IBSH only admits children of employees of private enterprises in the Park, government organizations, Industrial Technology Research Institute, National Chiao Tung University and National Tsing Hua University.

International School of Dakar (Dakar, Senegal)
It was founded in 1983 in order to provide a non-sectarian alternative for international families who are temporarily based in Dakar. The initial leadership of the school was primarily North American, with strong support, which continues today, from the United States Embassy and U.S. Department of State’s Office of Overseas Schools.

British School Lome (Lome, Togo)
Founded specifically as an international school to meet the needs and interests of expatriate families living in Togo, BSL soon expanded to offer boarding facilities to students from across the region.

Colegio Albania (La Guajira, Colombia)
The school started with only 5 students! (if you can read Spanish, check out their history here)

Tanto International School (Stockholm, Sweden)
The Tanto School was founded in 1983 by Connie Näslund and Anne Haldane. The school expanded over the next few years to a total of five classrooms with an age range from four to twelve years old. The curriculum at this time was a mixture of British and American. After many years of dedicated service to the school both Mrs. Näslund and Miss Haldane retired.

Cempaka International School (Selangor, Malaysia)
Cempakans’ record in National Public Examinations ever since its inception in 1983 has been impeccable : 100% passes each year in all examinations.

Ibn Khuldoon National School (Manama, Bahrain)
On the 22nd of September 1983 the concept of a truly bi-lingual system of education took form. It all started as a dream for Bahraini parents who sought an academic institution that would be bi-lingual and cater for the specific needs of Arab children, yet would meet high international educational standards.


At International School Community, we now have over 2100 international school profiles listed on our website!

The last 5 schools to be added:﻿

The top 5 schools with the most members:﻿

The top 5 most viewed schools:﻿

The last 5 schools to have something written on their wall:﻿

International School Community has the following 2110 international schools listed on our website (last updated on 29 September, 2019)