Comparing the Schools and Comments: Working in Beijing, China 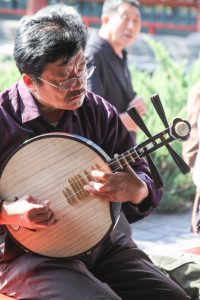 Currently, we have 25 schools listed in Beijing on International School Community.

Schools with the most submitted comments:

“You’ll notice in the above comments that the school “prefers” certified teachers. It doesn’t require them. When I worked there there were very few accredited teachers.” – Tsinghua International School Beijing

“The school prefers candidates with at least a BA degree and teaching certification, also previous IB experience. They can’t hire anyone over 60.” – Beijing BISS International School

“Get a flex account to spend on housing and travel. Housing rents vary considerably. Some quite pricey but depends on what you want. There are lots of cheaper options. Prices are going up though. Utilities quite reasonable. Internet and Tv often included in rent. Heating is provided by Beijing authorities. Electricity reasonable as are other bills. Phone very cheap.” – Western Academy Beijing

“Local rents run around 7000 RMB for a two bedroom, partially furnished apartment. Housing is very expensive. When looking for an apartment realize that what you see is what you get. The landlord will not paint or clean up before you move in.” – Tsinghua International School Beijing

“Teachers are responsible for paying their own metered electric utility, telephone, the Internet, and water bills. A flat monthly housing allowance of between RMB 3,000 and RMB 4,000 is optional.” – Beijing National Day School

“Housing is paid for. Utilities are up to the teacher, but are reasonable. I lived in a newer complex within walking distance of school. Starting your second year you can choose to live downtown and get a housing allowance.” – Beijing International Bilingual Academy

“Teacher housing is on site. They are ok. Big enough but heating is an issue in the winter. Most new staff live off site in one of the compounds within 30min walk (5min cab away).” – Beijing International Bilingual Academy

“Staff mostly take taxis to work in the morning, but can take the school busses home in the afternoon.” – Western Academy Beijing

“Most of the staff live in Wudaukou (three bus stops south) and Shangdi (eight bus stops north). It is recommended to live in these areas the first year until you get your feet under you and learn to get around. Most staff have furnished apartments. Housing is expensive and the housing allowance does not cover the cost of rent. Next year the housing allowance will almost double. That doesn’t cover all the average rent in the area but comes a lot closer.” – Tsinghua International School Beijing

“Again, the comment above is accurate, but misleading. Students are Chinese with American or Canadian passports. Many had spent little to no time outside of China. This is not a bad thing, the students were great, but don’t think you’ll be teaching at a school with a large mix of nationalities. This is very much a Chinese school.” – Tsinghua International School Beijing

“Other than Kazakh, among some students on immersion programme, Mandarin dominates. Most posters and school information is mono-lingual.” – Beijing National Day School

“Common language is English. ESOL support good and in ES will go into an English enrichment programme before exited to other languages. Some children will speak own languages but predominantly English” – Western Academy Beijing

“Definitely Chinese in the hall ways and recess areas. English level is improving slowly but still has a long way to go.” – Beijing International Bilingual Academy 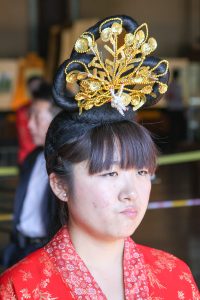 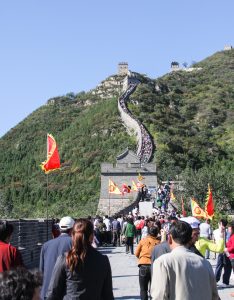 If you work at an international school in Beijing, share what you know. Consider becoming a Mayor for unlimited premium membership!