How NOT to save money when working as an international school teacher #4: Stupidly buy things impulsively 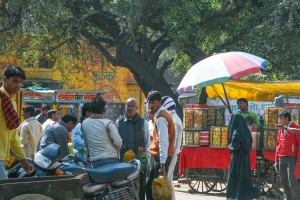 When you move somewhere, you typically don’t know where to buy anything.  You usually need help, and fast!  But that help isn’t always there for you at every moment and you inevitably find yourself out and about, all alone in your new city, making stupid purchases.

Let’s face it, you are basically a tourist when you first arrive at your new placement, and even the smartest tourist (most veteran international school teacher) can make mistakes. When you go out shopping for the first few times, you don’t know exactly what things should cost. You also don’t know exactly what is available in the whole city/area either.

Let’s say that you found some cranberries (not many countries have these readily available to buy in stores) and get super excited.  You think, yes I’ll buy this, I deserve it! You also may think that you will not be able to find them again.  We all know that scenario; the store has a product one week and not (or never again) the next!

You also many think in your head that the cranberries might be costing a crazy high price. However, it is sometimes hard to know because you may not completely understand how much money you are actually spending. In the first few months, you are not so familiar with the new currency that you are now dealing with just yet.  If that is the case, you typically decide to make this impulsive purchase. 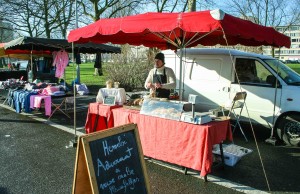 example). Maybe you made a special trip to an inconvenient location in the city that day, a place that you wouldn’t normally be going to on a weekly basis, and that is the reason you make the purchase.  All of these scenarios add up to you potentially buying something that could be found cheaper somewhere else and maybe even at a place closer to your house (saving you even more money).

During the first few months, international school teachers find themselves spending money on things that can be found cheaper in another place/store. Your goal of saving some money is then put on hold, at least during this time of adjusting to your new city.

You can try and do your research to not let this happen to you; ask around, check out the expat websites for your city, etc.  Doing this before you go out shopping can help you stop making these impulse purchases at stores you don’t know so well.

Another way to not stupidly buy things: always go out shopping with a local (they know the best stores and they know the local language as well) or with another international school teacher that has been there a few years already. 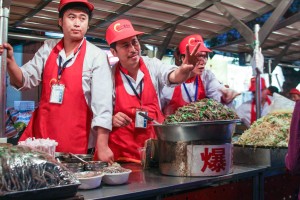 Going shopping in another country can be quite exciting. So many new stores and new products that might very much interest you.  Just make sure to do your research as must and you can to stay the wiser, and you will not be wasting so much of your hard-earned money during the first few months!

To save you some money, we do have a comment topic on our website related to this theme.  It is in the benefits section of the comments and information tab on the school profile pages. It is called: Places, markets and stores where you can find really good deals.

“Carrefour has quite a decent selection of imported products. There are also Metro supermarkets around although quite far from WISS. Smaller grocery stores also have good deals from time to time (nearest on Jinfeng lu). For quality meats and other products it’s also possible to shop online and have groceries delivered.” – Western International School of Shanghai (Shanghai, China) – 93 Comments

“There are different areas of the city where sales items tend to concentrate, so ask a local. E-mart is the dominant local discount chain (a cross between Target and K-mart), with reliably low prices. Costco has several branches in Korea–reportedly they recognize US Costco cards.” – Yongsan International School of Seoul (Seoul, South Korea) – 39 Comments

“There is a flea market that is on Sundays and Wednesdays, Jakuševac. It is like a bazaar selling everything and you can bargain for the right price. You never know what you will find there, but you will also find something.” – American International School of Zagreb (Zagreb, Croatia) – 29 Comments

“In my experience, the best deals have not been deals at all because the quality is questionable. You get what you pay for in Asuncion. The better quality things are almost always more expensive. If something is too cheap, think twice!” – American School of Asuncion (Asuncion, Paraguay) – 58 Comments