There’s an element of visiting home while living abroad that I call Misplaced Normal.  It gives you a taste of the culture shock that everyone else that is just visiting your country feels when the norms that they carry with them don’t apply to their new surroundings.

When people first move to a new place, many things about our everyday life seem exotic and fascinating.  It’s amazing how quickly we can adapt to change, though, and the exotic can very quickly become normal.  So what does that do to us when we go home for a brief visit?  As we move from one version of normal to the next, our behaviors change in subtle ways that we don’t always notice, and that sometimes make us do really dumb stuff.

I moved from the southeastern United States to Barcelona, Spain in 2008, and I quickly got used to lengthy lunches, going grocery shopping on foot, not owning a car, and living in a small apartment, all pieces of the Spanish lifestyle.  When I visited my parents during the Christmas holiday, I couldn’t believe how quickly everyone ate, how much of a hassle it was to have to get in a car to go anywhere, and how pointlessly huge every department store, supermarket and home seemed.  I had never noticed any of those things before moving overseas, but now they were blaringly obvious.  I was carrying over the norms of my new home, and the place where I grew up had become strange.

I also found myself doing really stupid things, things that made sense in one setting, but not in another, and I did it all over again when I went back to work.

Misplaced normal while living in Spain had me talking a lot more loudly than anyone else when I visited the U.S., and not being hungry until restaurants were ready to close.

Misplaced normal while living in England had me driving in the wrong lane in parking lots and carrying an umbrella with me at all times.

Here is a recent example from my current home, Tanzania, on the eastern coast of Africa.  I visited home for Christmas after only five months in Tanzania, yet I still took subconscious Tanzanian norms home with me.

In Tanzania the tastes of Christmas are golden mangos and papayas, because they are at their best around Christmas time.  These are tropical 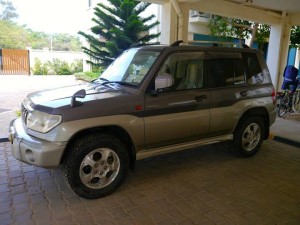 fruits that grow in Tanzania’s tropical climate.  That means December is hot in Tanzania.  For my northern European friends, though, December means drinking hot mulled wine, simply because that was the taste of Christmas for them.  It was what they had always drunk at Christmas time since, because it’s really cold in northern Europe in December.  That’s what was normal.  Two friends from England invited friends over for mulled wine shortly before the December break.  We drank some very good mulled wine and did a lot of sweating.  Why would we do such a silly thing?  It was our misplaced normal.

In Tanzania there isn’t enough money on the local level for the police force to have their own cars, or even radar guns to keep people from speeding.  Instead, huge speed bumps are put in at seemingly random places, marked by paint on the road.  Within a few weeks, the paint wears off and isn’t replaced, so driving slowly to avoid flying over an unnoticed bump and losing pieces from the bottom of your car keeps your speed down.  Where there aren’t any speed bumps there are huge potholes and wildly driven buses that pull over at seemingly any intersection to squeeze in more passengers, often not really coming to a full stop before swerving back onto the road again.

Visiting my family in the U.S. my misplaced Tanzanian version of normal driving had me going down a local highway at 20 miles per hour above the speed limit.  I had grown used to driving at the fastest speed that was physically possible while avoiding reasonable danger in Tanzania, but that version of normal makes you go really, really fast on a smooth, well-maintained highway in the United States. 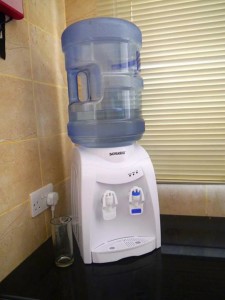 Water is not safe to drink out of the tap in Tanzania, because of bacteria, so clean water is carried around the city in huge tanker trucks and everyone I know has a water dispenser with the big five-gallon bottles on them.  Visiting my family in the U.S., I kept getting a glass out of the cabinet and looking around for a water dispenser.  My parents have had the same house for over 30 years, and have never had a water dispenser.  Why was I looking for one now?  It was misplaced normal yet again.

When I came back to Tanzania for work after a mere two weeks back home I nearly wrecked my car because I had forgotten where those large, unpainted speed bumps were.  I also nearly drank a glass full of water straight from the bathroom tap, a mistake that I never came close to making before my visit home.  Why would I do those stupid things?  The norms of home had so quickly taken root again that I had to go through yet another round of adjusting my normal, and even though I am fully aware of it, I know that every time I visit home I will still misplace my contradictory versions of normal all over again.