TEN COMMANDMENTS OF RELOCATING OVERSEAS: #10 – Do not allow negative comments and attitudes to darken your outlook.

10. Surround yourself with positive people. Do not allow negative comments and attitudes to darken your outlook. 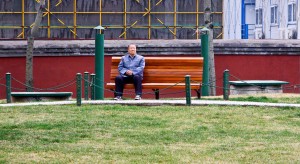 It is hard to stay positive, but when culture shock is at its worst, it is very easy to slip.  Sure the other new teachers at your school (and the veteran ones) have a lot to say to you about the host country and culture, but you just might find yourself joining in with them. Commence the inevitable negative thought process!

“When one door of happiness closes, another opens, but often we look so long at the closed door that we do not see the one which has been opened for us.” – Helen Keller

It is hard to know exactly about the meaning behind those negative comments from your coworkers (or from yourself).  Are they saying those things because that is just what you do and say when you are an expat, even if it is said like it is only a joke?  On the other hand, people say things as a joke under stressful times and there is usually much truth behind their negative comment.

Some things are small and people are easily quick to be negative about it.

“Why do I have a pay this media tax? I never had to pay this in any of the other countries I’ve lived in.  I don’t even have a TV.  I refused to pay this stupid fee!”

“Seriously the internet in this country is so slow. You can’t even access Facebook and Youtube here.  Now I have to pay for a VPN service, which usually makes my internet connect even slower!”

“Nothing is open around here.  Good luck finding a store open after 18h here.”

“Arg! It is so dirty here.  I open the windows to my apartment and one hour later the floors are covered in a thin layer of dust.  I can’t want to move back to a country that is cleaner!”

There are many more things to talk negatively about when living in another country.  We forgot too, under the influence of culture shock, that there are many negative aspects to living in our home country as well (e.g. getting a cable service repair person to come to your home to fix your internet or cable).  People complain and obsess about negative aspects of their lives in their home countries too.  But some might say that is your country so maybe you are “allowed” to say negative things every once and awhile about your own culture and way of doing things.  Is it different or the same then when living abroad?  When you are in a host country, the country is your “host.”  Certainly, we all would agree that you should try and be gracious to your host.

Some things though are NOT small, and can be quite important in relation to your life abroad.

“The building management in our apartment complex steals our money.  They are giving us bills that are way more expensive than the locals that are living in our building.”

“My last schools didn’t have this much work to do.  It is unbelievable about much I have to work at this school.  I don’t know if I can handle working until 19:00 every day after school!”

When there is something negative related to your home, your salary or your money (in general), then it is very easy to be sensitive to these situations.  Maybe then you are allowed to voice your concerns (i.e. be a bit negative).  Hopefully though there is something that you can do about it; get your school administration involved, the local police, etc.  Also, it is important to remember that these things might be temporary as well, inconveniences that will pass after a few weeks or months.

“Don`t be trapped by Dogma – which is living the results of other people`s thinking.   Don`t let the noise of other`s drown out your own inner voice.   And most important, have the courage to follow your heart and intuition.” – Steve Jobs.

How do you try and stay positive in your current placement?  Share your comments with the rest of the International School Community readers.