TEN COMMANDMENTS OF RELOCATING OVERSEAS: #9 – Maintain a sense of humor, but most importantly be ready to laugh at yourself. 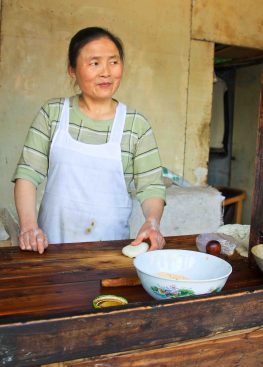 9. Maintain a sense of humor, but most importantly be ready to laugh at yourself.

When you are living abroad, there are moments when the locals are looking at you strangely. You might be thinking that they are making fun of you, being rude, or just plain staring at you.  Most of the time though they usually don’t have an unkind intention towards you.  The initial reaction is to put on a face that resembles the woman in the first photo above and think the worst.  But after a nice hello and a kind smile, many times you can turn a negative cross-cultural encounter into a positive/normal one.  Often I find that I make a rash judgement call about the situation when living or travel abroad, and sometimes that gets me into trouble, leaving me with a poor attitude toward the locals.  It is good to remember to try and take a step back (figuratively and maybe literally) and have a think about what might be really happening and try and view the situation as if you were in their shoes.  A negative situation can easily be averted if one of you puts a smile on his/her/your face.  A smile is typically contagious, no? 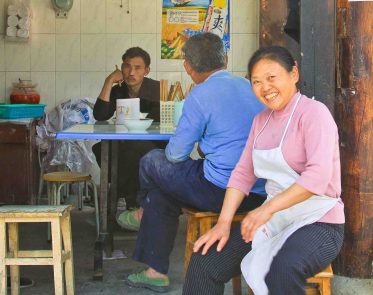 Taking pictures of the locals is a strange situation really. I mean how often are there tourists walking around Minneapolis wanting to take pictures of the Minnesotan people that are walking around the downtown area.  Well maybe there might be a few there (but most likely not), but for sure there wouldn’t be tourists walking around the suburbs taking pictures of you.  It is hard for expats to really know what it is like.  It is sometimes irresistible though to take a picture of a local.  You can take the indirect approach and try and snap a shot without them knowing, but that sometimes leads to the locals getting angry.  A more direct approach sometimes is better when you are trying to get a shot of a local. You might buy something at their store or your might just start up a conversation with them.  Instead of the person getting angry or suspicious of your camera, they might have a different reaction to you taking a picture of them.  It is a good idea to not get lost in your photography and to remember to smile (and sometimes laugh with the locals) as you are walking around their neighborhood.

It is hard to keep your sense of humor when you are on a old, rickety bus in a developing country.  You are in the back.  You are stuffed between to people that don’t share the same cultural tradition of putting on deodorant.  But these are the times when you can easily laugh to yourself, especially if your friend is in a similar situation in the front of the bus. You know it is not ideal.  You know that it is temporary (sometimes it is just a short bus ride, though sometimes a longer one!).  You start to think about how this is so different from where you grew up and how awesome really it is that somehow you ended up in this situation halfway across the world from your home.  Truthfully, it is the story you make sure to tell your colleagues the next day at school about what happened to you on the bus yesterday; a very good time to keep a good sense of humor and laugh about a situation that in reality really isn’t the most desirable one to be in.

When you look at the locals, they sometimes look very different from you and the people you would see in your hometown.  Because of that fact, you might tend to stare a bit or be quick to observe and judge.  But you must remember that the locals might be looking at you in the same way (see exaggerated picture above of the guys in top hats).  Try to remember to keep a positive attitude towards the people around you, and keep your respect.  When you are by yourself you might not think twice about the guy in the crazy Eastern European sweater walking down the street, but people tend to be more vocal about their opinions and observations when they are in group of two or more.  Being “ready to laugh” in this instance might be a poor choice; and hopefully they won’t laugh and poke fun of your outfit as well! 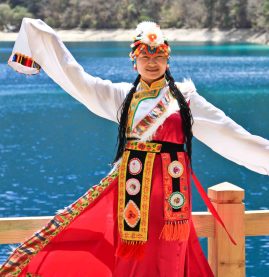 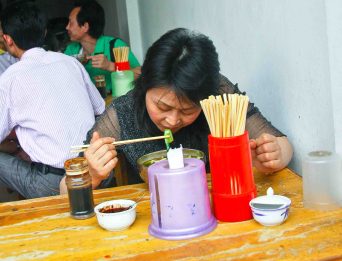 If you are living in China, one thing that keeps your sense of humor in its place is your ability to use chopsticks. Sure, many expats have mastered the art of eating dumplings and other Chinese food that can be a challenge to eat using chopsticks, but there is a sizable amount of expats that struggle.  You want to impress the locals with your skills.  You DON’T want them to see you fumble for fear of cultural embarrassment.  Try to maintain your sense of humor though and don’t give in to the temptation to ask the server for a fork and knife (if they even have them) and most importantly be ready to laugh with them as your dumpling falls from your chopstick-grasp to the edge of your table and then down to the floor.