Why might there be a resurgence of international schools in a community?  It could be very much related to the new upwardly mobile middle class in a society like as in the case of Mumbai. 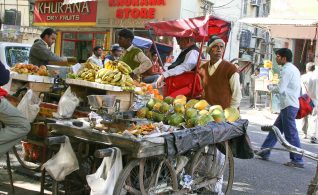 According to the article, Dhirubhai Ambani International School is the first of this new genre of international school.

Highlights from the article:

Although globally famous as resurgent India’s commercial capital, synonymous with Bollywood, the stock exchange, premier corporates and fashion houses, perhaps because of prohibitive real estate prices, the island city of Mumbai (pop. 13 million) is less than renowned for quality education institutions, particularly its schools. The city’s handful of vintage high profile schools such as Cathedral & John Connon (estb.1860), St. Mary’s (estb.1540), Campion (estb.1943) etc have reigned as Mumbai’s most difficult-to-access secondaries for half a century. Now somewhat belatedly, the city of gold’s school education scenario is about to experience a radical makeover.

During the past four years India’s commercial and entertainment capital has witnessed the promotion of over 35 new genre international schools. Launched with massive budgets ranging from Rs.10-50 crore, Mumbai’s latter-day five-star schools which offer fully-wired campuses bristling with hi-tech equipment and teaching aids, expat headmasters and affiliation with highly reputed offshore examination boards, are beginning to eclipse the city’s vintage secondaries as the first choice of the new upwardly mobile middle class. 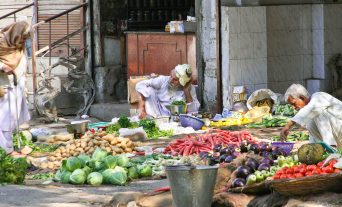 Indeed, somewhat belatedly some of Mumbai’s most well-known business families the Goenkas, Podars, Somanis, and Ajmeras as well as other private entrepreneurs have hopped aboard the school education bandwagon. Among them: the Podar World School (estb.2004) and B.D Somani International School (estb.2006). Next year, two high profile international schools the Aditya Birla Group promoted New Era School (Cambridge) in South Bombay and Oberoi International School in Goregaon are scheduled to admit their first batches, and in 2009, industrialist and page 3 celebrity Yash Birla intends to open the doors of the Sunanda Birla International School on South Bombay’s plush Napean Sea Road. According to the state government’s directorate of education in Mumbai, over 90 proposals for inaugurating new schools have been submitted in the past two years (2005-2007) and are pending clearance.

Coterminously with the boom in international schools, India’s commercial capital, which is receptive to new ideas including education philosophies, is also witnessing the promotion of alternative schools which abhor conventional school education practices crowded classrooms, uniforms, competitive exams, and authoritarian, omniscient teachers. Started by four parents disillusioned with conventional schools, the Tridha School (estb. 2001) subscribes to the alternative education philosophy developed by Rudolf Steiner, the late 19th century Austrian philosopher and educator. Steiner schools aka Waldorf schools, focus on educating and developing the whole child, not just her intellect. In consonance with the Waldorf system, Tridha provides its students a stress-free environment striving for a balance between academics, arts and crafts, music, dance and environment awareness. Tridha is one of three Waldorf schools in India (the other two are in Hyderabad) with an enrollment of 233 students who pay annual tuition fees ranging from Rs.29,000-33,000.

While Mumbai’s international schools are perceived as rendering valuable service by offering students much sought after international certifications, all’s not well with them. Most admit to being confronted with severe shortages of high-quality teachers, a pre-requisite of delivering the globally-reputed syllabuses and curriculums of the CIE, UK and IBO, Geneva. Given their academic rigour and broad-based life skills content, these international curriculums mandate stringent in-service teacher training and continuous skills upgradation programmes. Therefore recruiting, motivating and retaining best teachers has become a top priority of Mumbai’s five-star school managements. And it’s hardly a secret that most of them have signed up recruitment firms and headhunters to poach, purloin and entice the best teachers from schools across the country with unprecedented pay packages, including housing and other perks.

“There’s a drought of quality teachers globally and a severe shortage of new blood in the teaching profession. Therefore international schools are experiencing considerable difficulty in recruiting and retaining high quality teachers. Indian teachers trained in India’s new international schools are now being offered jobs abroad and tend to jump ship as soon as opportunity knocks. Therefore the attrition rate in five-star schools is very high. The only option for them is to hire expat teachers, but the government is creating hurdles to importing them. This is to India’s disadvantage,” says Capt. Raj Mohindra.

If you would like to read the whole article, check it out here: